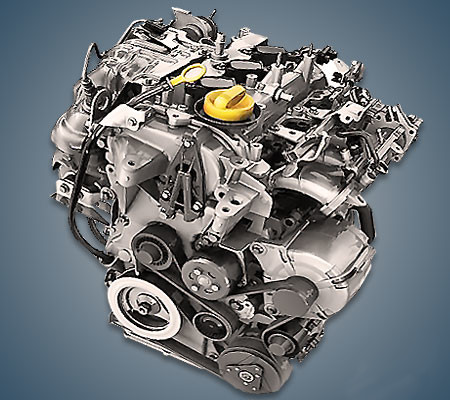 The 0.9-liter 3-cylinder Renault H4Bt or 0.9 TCe 90 engine has been produced since 2012 and is installed on the group’s popular models manufactured under the Renault, Nissan and Dacia brands. This motor can also be found under the hood of modern Smarts, which are Twingo clones.

This power unit was originally designed for installation on not the most expensive models, including those manufactured under the Dacia brand, so there is distributed fuel injection. In addition to engines with an index of 400 for Clio, 401 for Twingo or 410 for Dacia, a more efficient version of the 450 has recently appeared with a capacity of 110 hp, 170 Nm.

Disadvantages of the Renault H4Bt engine