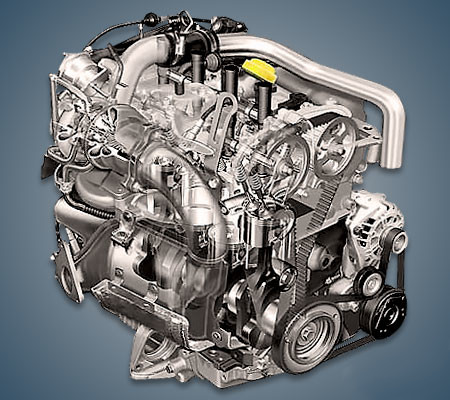 The Renault F4Rt 2.0-liter turbo engine was produced at the Cleon plant from 2001 to 2016 and was installed on charged versions of such popular models as the Laguna, Megane and Espace. The Megane RS sports coupe was equipped with forced versions of this engine up to 275 hp.

In 2001, a 16-valve 2.0-liter turbo engine debuted on the Avantime minivan. As a basis, the designers took the well-known atmospheric unit F4R and remade the cylinder head for it, installed other camshafts, a reinforced connecting rod piston group, removed the phase regulator and, of course, equipped it with a turbine: in the usual version, there is a TwinScroll MHI TD04 turbocharger. The in-line cast-iron 4-cylinder block and timing belt drive remained unchanged.

Disadvantages of the Renault F4Rt engine