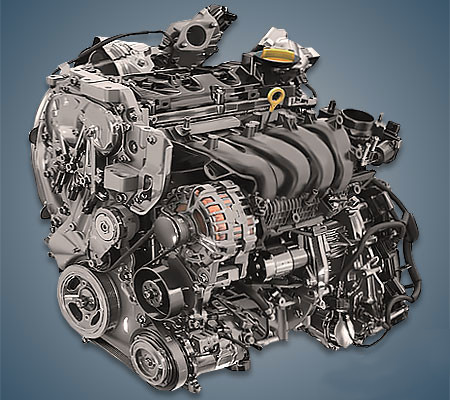 1.6-liter Renault M5Mt or 1.6 TCe turbo engine was produced by the company from 2013 to 2018 and installed both on the sports version of the Clio 4 RS, and on the civilian Megane and Talisman models. This unit was essentially a variation of the well-known Nissan MR16DDT turbo engine.

In 2013, the concern’s new turbo engine with the 1.6 TCe index debuted on the Clio 4 RS model, which was a clone of the MR16DDT engine already known for the turbo version of the Juke crossover. This is an aluminum 4-cylinder 16-valve power unit with direct fuel injection, timing chain drive, dephasers on both shafts and a turbine manufactured by Mitsubishi. There were two versions: R.S. TCe 200 and R.S. Trophy TCe 220 with 200 and 220 hp respectively.

Two years later, civilian versions of the engine appeared on the Espace, Megane and Talisman models. The following modifications of this unit were offered: TCe 150, TCe 165, TCe 200 and TCe 205.

Disadvantages of the Renault M5Mt engine