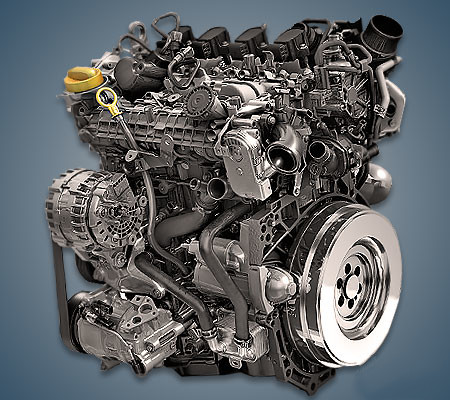 The 1.3-liter turbo engine Renault H5Ht or 1.3 TCe 150 has been produced in Spain since 2017 and is installed on models such as the Arkana, Captur and Duster, as well as on Nissan as the HR13DDT. This motor was developed jointly with the Daimler concern and on its models is known as the M282.

At the very end of 2017, a new 1.3-liter turbo engine jointly developed by Renault-Nissan and Daimler debuted, known as the H5Ht, HR13DDT, and M282, respectively. Here, an aluminum block with plasma-sprayed steel on the cylinder walls instead of liners, an aluminum 16-valve cylinder head with hydraulic compensators, inlet and outlet phase shifters, a direct injection system, a timing chain drive and a Garrett NGT1241MKSZ turbine with an intercooler.

Also of the interesting features, we note a variable displacement oil pump, an exhaust manifold integrated into the head of the block, piston cooling oil nozzles.

Disadvantages of the Renault H5Ht engine