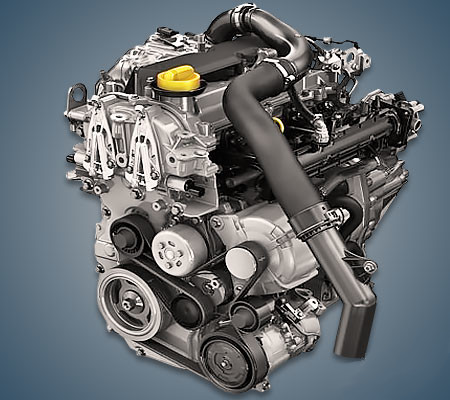 The 1.2-liter turbo engine Renault H5Ft or 1.2 TCe was assembled by the concern from 2012 to 2019 and installed on such well-known models of the company as Clio, Megane, Scenic, Kadjar, Kangoo. This power unit on Nissan vehicles is known as HRA2DDT or HR12DDT.

In 2012, a new 1.2 tce turbo unit debuted on Megane and Scenic of the third generation. This is a 4-cylinder all-aluminum engine with a 16-valve cylinder head without hydraulic lifters, a direct fuel injection system, a timing chain drive, phase shifters on both shafts, a fast-acting turbine with an intercooler and a variable displacement oil pump. To reduce friction, an anti-friction coating was applied to all internal surfaces.

Disadvantages of the Renault H5Ft engine