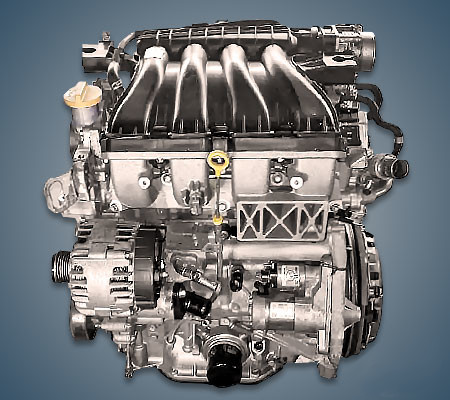 The 2.0-liter Renault M4R engine has been assembled at factories in Yokohama and Busan since 2005 and is installed on such popular models of the company as Megane, Laguna, Fluence, Latitude. This power unit is inherently one of the varieties of the Nissan MR20DE engine.

The engine debuted in 2005 as the MR20DE on the third generation of the Nissan Serena minivan and almost immediately began to be installed on the Renault Samsung SM5 sedan already under the M4R index. By design, this is a completely classic 16-valve engine of the Japanese school of motor building: an aluminum block, a head without hydraulic lifters, a timing chain and an inlet dephaser. Thanks to the use of an electronic throttle, this motor easily fits into the EURO 5 environmental standards.

A signature feature of this motor is considered to be a very low internal resistance, achieved through particularly careful surface treatment of all rubbing parts, such as crankshaft journals and camshaft cams. Literally to a mirror finish.

Disadvantages of the Renault M4R engine