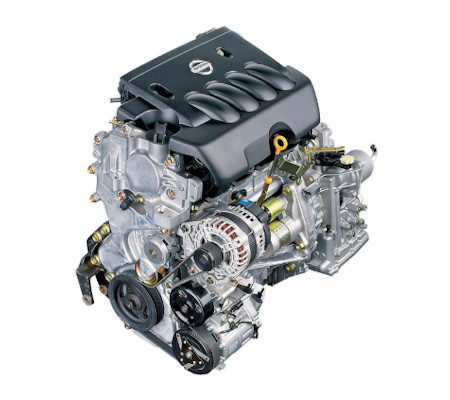 The 2.0-liter Nissan MR20DE engine (or MR20 for short) was produced at the Yokohama plant from 2005 to 2020. At first, it was installed on Nissan Lafesta and Nissan Serena minivans, as well as on the Nissan Bluebird Sylphy sedan (in Russia, Nissan Almera, produced by AvtoVAZ). Since 2006, it has been installed on the Nissan Qashqai (in Japan – Dualis, in America – Rogue), and since 2007 – on the Nissan X-trail. This engine is installed not only on Nissan cars, but also on Renault cars under the M4R index.

This is a completely classic power unit of the Japanese school of motor building of that time: a 4-cylinder aluminum block with cast-iron sleeves and an open cooling jacket, an aluminum 16-valve cylinder head, a timing chain and a phase regulator only on the intake camshaft. There are no hydraulic lifters here, the valves are adjusted by selecting solid pushers.

Fuel injection here is conventional distributed, however, thanks to the use of an electronic throttle assembly, the motor was eventually able to fit into the strict Euro 5 environmental standards.

Disadvantages of the MR20DE engine