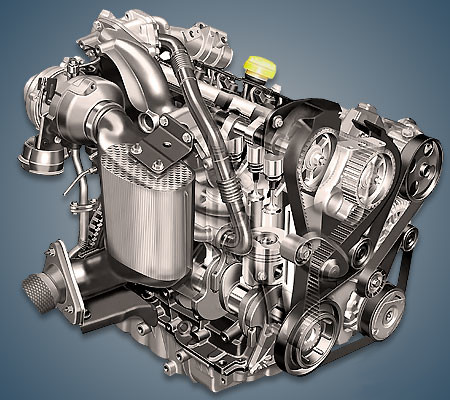 The concern produced the 1.9-liter diesel engine F9Qt or F9Q 1.9 dTi from 1997 to 2003 and installed it on its most popular models, such as Megane, Scenic, and also the Volvo S40. Since 1998, a Common Rail version of this engine has been produced, which was distinguished by the dCi suffix.

In 1997, a new 1.9-liter diesel engine debuted on the Megan and Scenic models. This unit was created on the basis of the F8Q pre-chamber diesel engine, similar in terms of working volume, but differed from it by the direct fuel injection system with the Bosch VP37 electronic injection pump. Otherwise, there is the same cast-iron block, an aluminum 8-valve cylinder head without hydraulic lifters, a timing belt drive and a turbocharger manufactured by Garrett or BorgWarner/KKK.

Already in 1998, a Common Rail version of this diesel appeared, and the index remained the same, and the suffix dTi was used to distinguish them for direct injection engines and dCi for the newer one.

Disadvantages of the F9Qt (dTi) engine