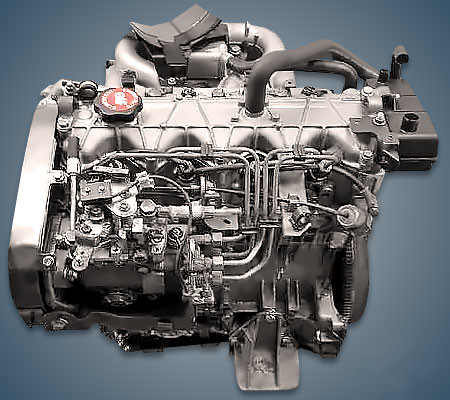 The 2.1-liter Renault J8S diesel engine was assembled at the company’s factory from 1979 to 1997 and was installed on many popular models of its time such as Espace, Safrane and Jeep Cherokee. There was both an atmospheric modification of a diesel engine with 64 hp, and a turbocharged version with 88 hp.

In 1979, the naturally aspirated 2.1-liter diesel engine debuted on the Renault 20. At first it was simply called 852, but then it received the more familiar J8S index for the concern. It was the company’s first diesel for passenger cars and was created on the basis of the Douvrin engine, that is, it had an aluminum cylinder block, and cast-iron liners were placed there for strength. Otherwise, there is an aluminum 8-valve cylinder head with a single camshaft and prechambers, a timing belt drive and a reliable mechanical injection pump of the VE type manufactured by Bosch.

Following the atmospheric diesel engine with a capacity of 64 hp, a supercharged version appeared already at 88 hp. There is also a rare version of this unit for motorhomes such as Winnebago LeSharo, equipped with a modern variable geometry turbine with a power of 92 hp and 190 Nm.

Disadvantages of the Renault J8S engine