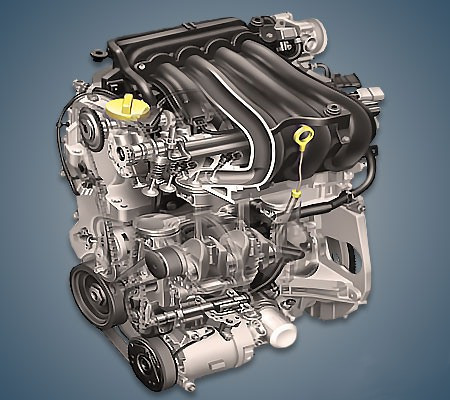 The Franco-Japanese concern has been assembling the 1.6-liter Renault H4M gasoline engine since 2004 and installing it on its most popular models, such as the Logan, Duster, Kaptur and Arkana. This power unit is essentially one of the variants of the well-known Nissan HR16DE engine.

This motor was developed by Nissan for its European Tiida and Note models and was first introduced at the Paris Motor Show in 2004, but naturally as the HR16DE. The design was classic for Japanese power units of those years: a timing chain drive, a 4-cylinder in-line aluminum block and a 16-valve cylinder head without hydraulic lifters. The throttle valve had an electric drive, and the distributed injection system had two versions: the usual one for budget models or with two nozzles per cylinder for Megane and Fluence. The big advantage of the engine was the ability to fit into the strict Euro 5 environmental standards.

Disadvantages of the Renault H4M engine