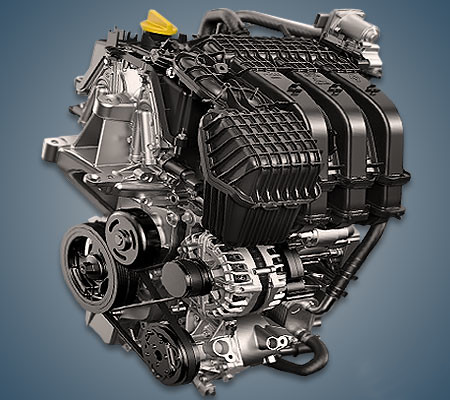 The 1.0-liter Renault B4D or 1.0 SCe engine has been produced in India and Brazil since 2015 and is installed on budget Renault and Dacia models, as well as on Nissan and Datsun under the BR10DE index. There are two modifications of the motor: SCe 70 without phase regulators, SCe 75 with phase regulators.

Disadvantages of the Renault B4D engine