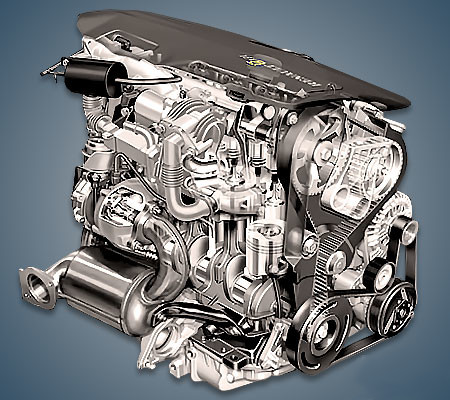 The company assembled the 1.9-liter Renault F9Q or 1.9 dCi diesel engine from 1998 to 2012 and installed it not only on its models: such a unit is found on Suzuki, Mitsubishi and Volvo. Conventionally, three generations of the motor are distinguished under the environmental standards Euro 3, Euro 4, Euro 5, respectively.

In 1998, a new 1.9-liter diesel engine debuted at the restyled Laguna, which was distinguished by the presence of a modern Bosch Common Rail fuel system. By design, it was quite a typical motor for that time with an in-line cast-iron block, an 8-valve aluminum head without hydraulic lifters, and a timing belt drive. There was no atmospheric modification, all versions were equipped with Garrett or KKK turbines.

The first engines with a Bosch CP1 fuel system and a conventional turbine developed from 80 to 107 hp, and in 2001 a 120 hp modification appeared, equipped with a variable geometry turbine. The second generation with Common Rail CP3 and injection pressure of 1600 bar started in 2005, such engines ranging from 110 to 130 hp supported more stringent Euro 4 environmental standards. Third generation engines with 130 hp and 300 Nm and support for Euro 5 issued until 2012.

Disadvantages of the F9Q (dCi) engine