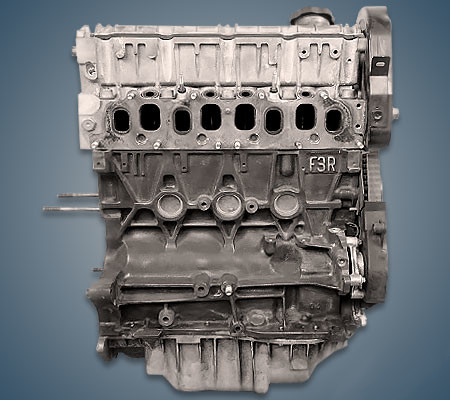 The first modification of the F3R engine appeared in 1986 on the Alliance model for the US market. This 95 hp power unit was essentially a version of the F2R engine with a single injection instead of a carburetor and lasted only a year on the assembly line.

The European version of the engine debuted in 1993 on the first generation of the Laguna. It was quite a typical unit for that time with an in-line cast-iron block for 4 cylinders, an aluminum 8-valve cylinder head without hydraulic lifters, and a timing belt drive. Unlike the American modification, the engine for Europe was with distributed injection.

In addition to some Renault models, this motor was installed on Volvo cars under the B20F index and Moskvich Svyatogor. For the latter, a version of the F3R 272 was developed with a longitudinal arrangement.

Disadvantages of the Renault F3R engine