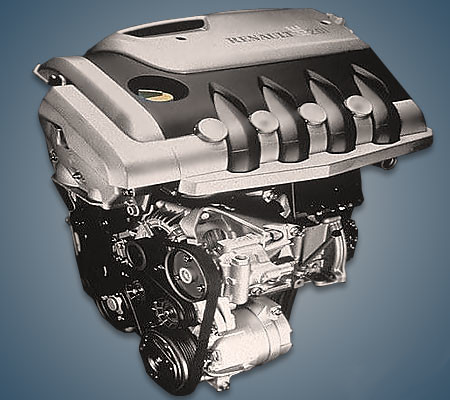 The 2.0-liter Renault F5R or 2.0 idE engine was assembled at the concern’s factory from 1999 to 2003 and was installed only on the first generation Megane coupe, as well as on the Laguna 2 before restyling. This unit is distinguished by the presence of a direct fuel injection system from Siemens.

In 1999, the Megane Coupe debuted a 2.0-liter unit with direct fuel injection. By design, this engine repeated the engine already popular at that time under the F4R index: it has a cast-iron cylinder block and an aluminum 16-valve head with hydraulic compensators, a timing belt drive, an ignition system with a pair of dual coils from Sagem and an EGR valve. A feature of the engine was the innovative Siemens direct fuel injection system.

This engine turned out to be so capricious that its production was quickly abandoned and Renault dared to return to the idea of such engines only after almost ten years.

Disadvantages of the Renault F5R engine