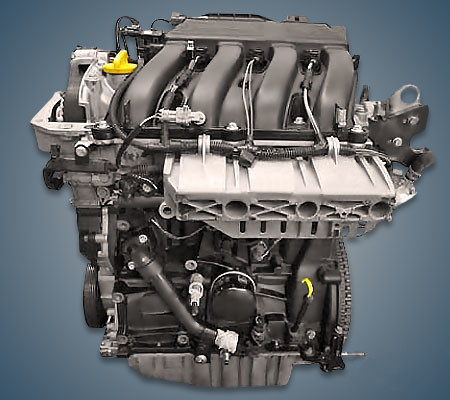 The 1.8-liter 16-valve Renault F4P engine was produced at Cleon Plant from 1998 to 2005 and was installed on the first generation Megane and Scenic, as well as the first two generations of the Laguna. This power unit can also be found under the hood of the Proton Waja model, famous in Malaysia.

The first 16-valve F-series power unit appeared on the restyled Laguna in 1998. This 1.8-liter engine differed from the 8-valve counterparts of the new DOHC cylinder head with hydraulic lifters, a split coil ignition system and a phase shifter on the intake camshaft. The in-line 4-cylinder cast-iron block and timing belt drive came from its predecessor.

Unlike other brothers in the series, this unit had only a couple of modifications: one for Megane and Scenic of the first generation, the second is slightly more powerful for the first and second Laguna. For some time, this motor was installed on the popular Malaysian model Proton Waya. This engine was assembled at the main engine plant of the French concern in Cleon.

Disadvantages of the Renault F4P engine