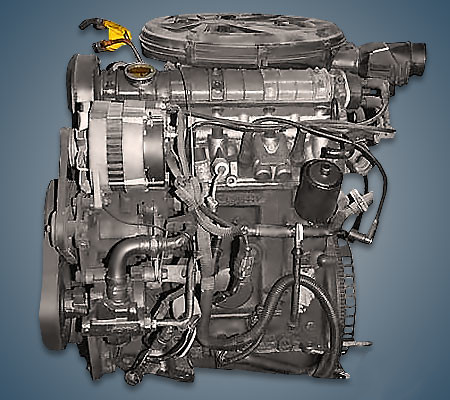 The 2.0-liter 8-valve Renault F2R engine appeared back in 1986 and was installed in the carburetor version only on the Renault 21 model. After replacing the injection system with an electronic monopoint, EFI received the F3R index.

This is a classic for its time power unit with a cast-iron block and an aluminum 8-valve head, a two-chamber carburetor, a timing belt drive and an overhead single camshaft. There are no hydraulic lifters, so valve clearances often need to be adjusted.

Disadvantages of the Renault F2R engine