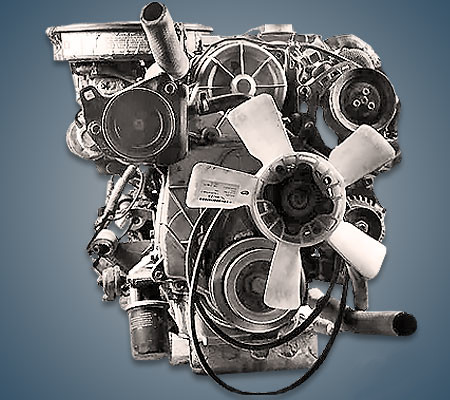 The 2.3-liter Isuzu 4ZD1 carburetor engine was assembled by the company from 1985 to 1997 and was installed on a number of popular SUVs and pickup trucks of the concern, such as Trooper, Mu, Faster. On the American version of the Impulse coupe, an injection modification of this unit is found.

Disadvantages of the Isuzu 4ZD1 engine