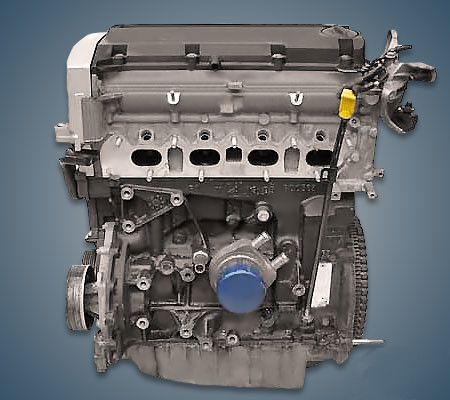 The 2.0-liter 16-valve Renault F7R engine was introduced in 1994 as a sports engine for the company’s racing division. But civil modifications were also equipped with it, for example, the top versions of the first Megane.

Having exhausted the possibilities for upgrading the 1.8-liter F7P engine, the engineers squandered it to 2 liters. Moreover, they increased not only the diameter of the piston, but also its stroke, completely preserving the riding character of the donor.

Otherwise, these units are very similar. So we have a cast-iron block, an aluminum 16-valve head, hydraulic lifters, an advanced intake manifold, a timing belt drive, and X-shaped lightweight pistons.

The differences are a different exhaust, a two-liter 4-2-1 spider, larger valves, its own oil cooler, control unit and other little things.

Disadvantages of the Renault F7R engine