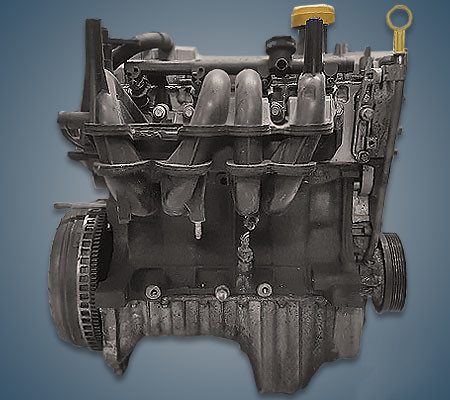 The Renault E7J 1.4-liter 8-valve engine first appeared in 1991. Structurally, it is based on the popular Cleon-Fonte engine, but with an overhead camshaft, that is, in the cylinder head. Installed on Renault 19, Megane, Kangoo, Clio, and Dacia Solenza, SupeRNova. The version of the engine with a carburetor power system is called the E6J.

At the end of the 80s, the concern’s engineers finally realized that nothing more could be squeezed out of the OHV-type C-series engines. It’s time to switch to the OHC scheme, that is, with a camshaft in the cylinder head and a toothed belt to transmit torque from the crankshaft.

Thus, the E-series appeared, which laid the foundation for a huge family of low-volume power units with indices K and D, which are still actively installed on a number of budget models of the Franco-Japanese alliance. Of course, over the years, mono-injection has given way to distributed injection, but the design basis has been without significant changes for 30 years.

In 1997, a new 1.4-liter K7J engine appeared, which finally abandoned wet liners in favor of a cast block. However, the old motor remained in the conveyor for almost 10 more years, it was put on the Romanian Dacia cars.

Disadvantages of the Renault E7J engine