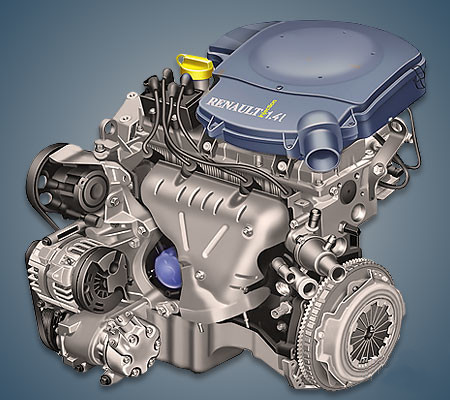 The 1.4-liter 8-valve Renault K7J engine was assembled at the concern’s factory from 1997 to 2016 and installed on many of the company’s budget models, such as Logan, Sandero and Symbol. First, the release of the motor was carried out in the Turkish Bursa, and then in the Romanian city of Pitesti.

In 1997, the weakest 1.4-liter unit joined the K-series engine family. It was a simple engine with a cast-iron block, an 8-valve cylinder head without hydraulic lifters, a timing belt drive and a single coil for 4 cylinders. Fuel injection – distributed. In addition to the standard 75 hp modification, a 72 hp gas version was offered in a number of markets.

At first, this engine was produced at the company’s Turkish plant in Bursa, then it was also assembled at the Dacia subsidiary in the Romanian city of Pitesti.

Disadvantages of the Renault K7J engine