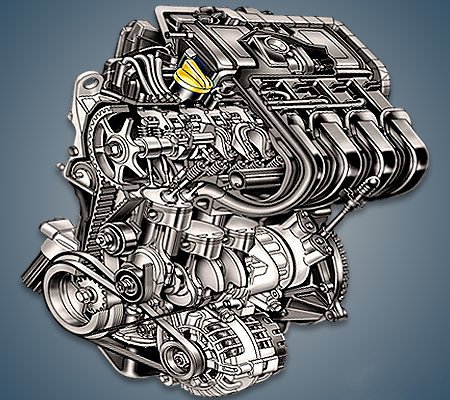 The 1.2-liter 16-valve Renault D4F engine was produced by the company from 2001 to 2018 and was installed on such compact models as Twingo, Clio, Symbol, as well as Dacia Logan and Sandero. There was a modification of this turbocharged power unit with a different D4Ft index.

In 2001, a 16-valve version of the 1.2-liter D7F engine debuted on the Twingo. Here is the same cast-iron block for 4 cylinders, a timing belt drive, but a very unusual cylinder head: due to its compact size, 1 camshaft opens all 16 valves with bifurcated rockers. Hydraulic compensators are not provided; valve clearance adjustment is periodically required.

Disadvantages of the Renault D4F engine