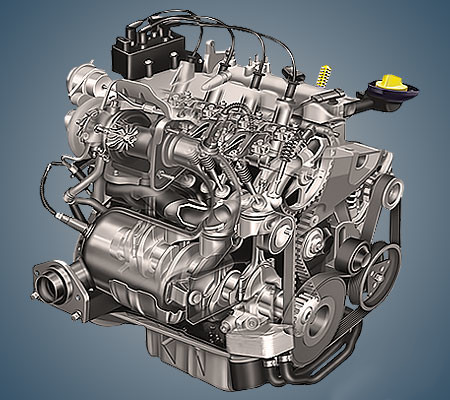 The Renault D4Ft 1.2-liter turbo engine or 1.2 TCe 100 was produced from 2007 to 2013 and was installed in the company’s compact models such as Twingo, Clio, Modus and Wind. This power unit is essentially a turbocharged modification of the popular D4F engine.

In 2007, a new turbo engine based on the well-known D4F unit debuted on the Clio 3 model. The engineers did not just add a turbine with an intercooler to a conventional engine, there is another cylinder head, a seriously reinforced connecting rod and piston group and oil nozzles for cooling the pistons. An in-line cast-iron block for 4 cylinders, a single camshaft controlling 16 valves, a timing belt drive, and a distributed fuel injection system remained from the old engine.

The most widespread are four modifications of these power units:

Disadvantages of the Renault D4Ft engine