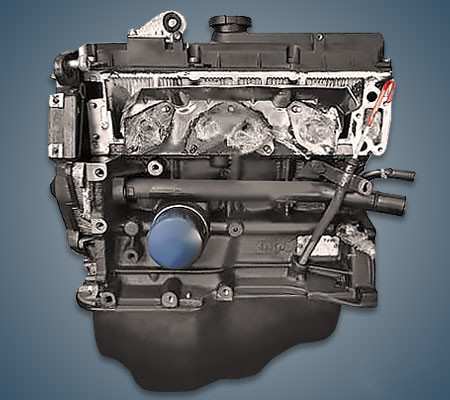 Renault’s 1.2-liter 8-valve E7F engine was introduced in 1990. This motor is a deep modernization of the Cleon-Fonte internal combustion engine with a camshaft in the cylinder head. Was put on Renault 19 and Clio. Its carburetor version has its own E5F index.

By the end of the 80s, the OHV-type C-series motors were completely outdated and the company needed a more modern unit for its compact models. The OHC scheme, popular at that time, was taken as the basis, that is, with a camshaft in the cylinder head, which is connected to the crankshaft by a toothed belt.

The resulting engine was named Energy, which marked the beginning of a new E-series. By the way, all the current small-sized power plants of the concern are its heirs, except that there are now two camshafts in the cylinder head.

This gasoline engine was produced for a relatively short time, since it turned out to be not too compact for such a modest volume and power. Already in the mid-90s, it was replaced by a similar 1.2-liter D7F.

Disadvantages of the Renault E7F engine