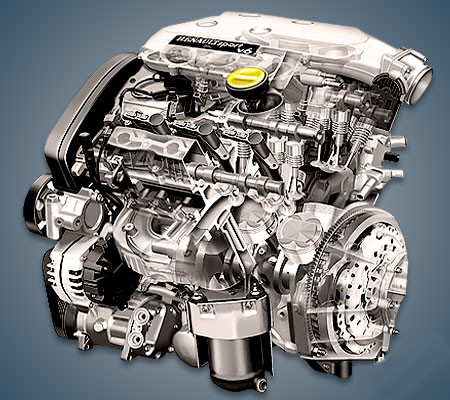 3.0-liter 24-valve Renault L7X engine was introduced in 1997, when a line of V6 engines called ESL replaced the outdated PRV. This engine was installed on such Renault models as Safrane, Espace, Laguna and Clio V6.

In 1997, a successor to the popular French V6 type PRV was introduced. The engine was developed and assembled by the joint efforts of Renault and Peugeot-Citroen engineers at the same plant in the city of Douvrin. The new unit was completely made of aluminum, with a characteristic camber angle of 60 degrees for V-shaped sixes, and not 90 like its predecessor.

This time, many versions were not fenced, the engine was produced only in a 3.0-liter 24-valve version with 194 hp. For Peugeot-Citroen models, a special modification was made with a phase regulator at the inlet of 207 and 211 hp.

Standing apart from everyone is one of the hottest compact hatchbacks of the time, the Clio V6. Huge for such a small car, the power unit was placed instead of the rear seats. As a result of a small tuning, its power was 230 hp, and after restyling in 2003, all 255 hp.

Disadvantages of the Renault L7X engine