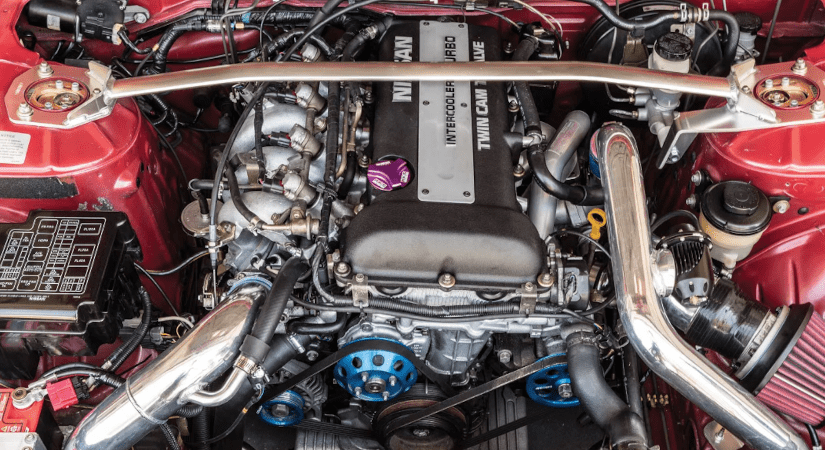 The 2.0-liter Nissan SR20DE engine (or SR20 for short) was produced at the company’s factories from 1989 to 2002 and was installed on many popular concern models, such as Almera, Primera or Silvia. The same power unit, but in the version with single injection, was assembled under a different index SR20Di.

In October 1989, a 2.0-liter was added to the Nissan SR family of gasoline engines. It was a very progressive engine for that time with distributed fuel injection, an aluminum cylinder block, a 16-valve head with hydraulic lifters and a timing chain. This unit had many modifications, the power of which varied from 130 to 165 hp.

The first versions of the unit were intended for sports cars and charged versions of models, therefore they were distinguished by bright valve covers. In the catalogs they are called Red or Blue Top. Since about 1994, the production of standard units began, which were heavily suffocated by ecology, they had a smaller lift of the camshafts and valve covers in black and silver. In 2000, a new modification of the motor appeared with a lightweight connecting rod and piston group and roller rockers.

Disadvantages of the SR20DE engine