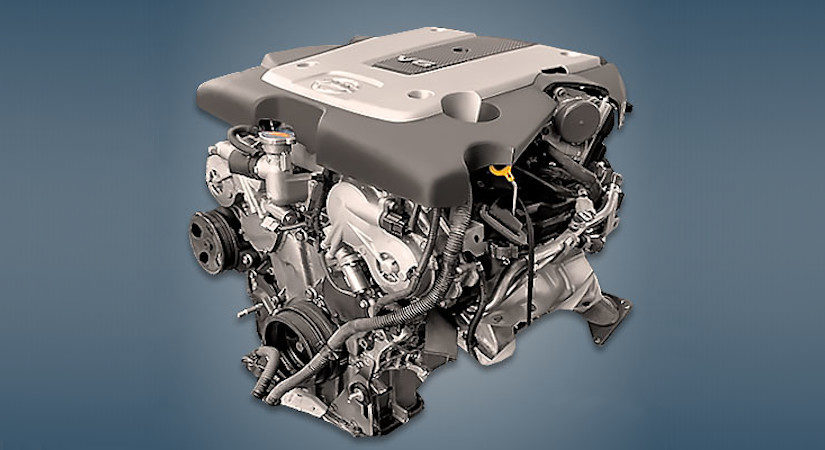 The Nissan VQ25HR 2.5-liter V6 engine has been produced at the Japanese plant in Iwaki since 2006 and is installed on the base versions of some models of the company on the Front Midship platform. Now such a power unit is installed only on the Fuga sedan for the local automotive market.

By design, this naturally aspirated V6 engine was not so different from its counterpart: here an aluminum block with a pair of DOHC heads without hydraulic lifters, a timing chain drive, and the intake and exhaust shafts are equipped with a CVTCS variable valve timing system.

In 2010, first the Chinese and then the European modifications of such an engine appeared, but apart from a little more power and other catalysts, they practically did not differ.

Disadvantages of the VQ25HR engine