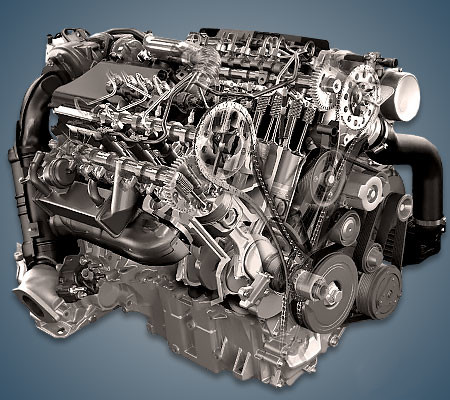 The 3.0-liter diesel engine Renault-Nissan V9X or 3.0 dCi was assembled from 2008 to 2015 and was installed on such concern models as the Laguna, Pathfinder, Navara and Infiniti crossovers. This diesel has a controversial reputation for being very costly to repair.

In 2005, Renault-Nissan engineers began developing a large diesel engine and it was decided to create a V6-type power unit with an unusual camber angle of 65°. The design of this motor is as follows: a V-shaped 6-cylinder block made of lightweight CGI cast iron, aluminum DOHC cylinder heads with hydraulic lifters, a variable geometry turbocharger, a timing chain drive and a Bosch Common Rail fuel system with piezo injectors. To clean the exhaust, a special metal oxide catalytic converter was used here.

In 2008, this diesel engine made its debut on Laguna, but the engine really gained wide distribution only two years later, when it began to be installed on the Pathfinder SUV, Navara pickups, as well as a number of Infiniti premium brand models for the European market. In 2015, due to the impossibility of switching to Euro 6, such an engine was discontinued.

Disadvantages of the Renault V9X engine