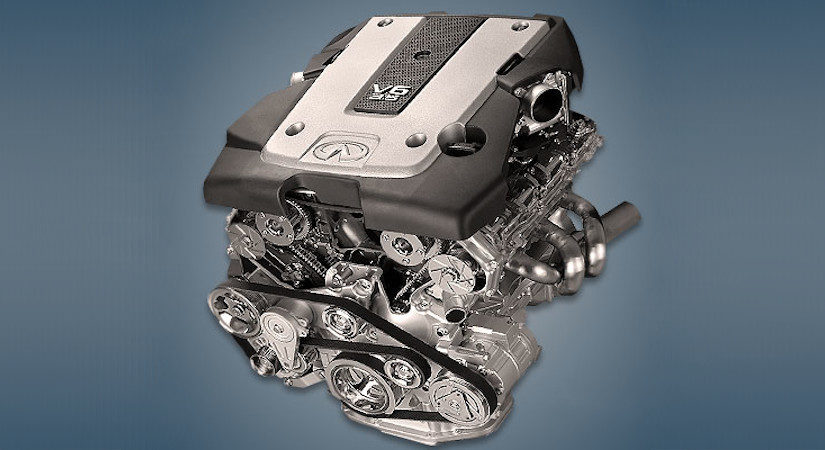 The Nissan VQ35HR 3.5-liter V6 engine has been assembled at the company’s Japanese plant since 2006 and is installed on numerous Nissan models based on the Front Midship platform. At the moment, such a unit is used only as part of a hybrid power plant.

In 2006, an improved version of the VQ35DE engine appeared for models on the FM platform. Here is a similar aluminum cylinder block with a pair of DOHC heads without hydraulic lifters, a timing chain drive and a CVTCS type phase control system. But they also have some differences: the cylinder block has become 8 mm higher and has been reinforced, the necks and crankshaft liners have become larger, the length of the connecting rods has grown from 144 to 152 mm, other pistons with asymmetric skirts have appeared, phase regulators are now on the inlet and outlet , and the compression ratio was raised from 10.3 to 10.6.

They seriously redesigned the intake and exhaust in the new engine, increased the oil pump gear, and thanks to the DLC coating of the camshaft cams and pushers, their friction decreased by 40%. The cooling system has been modernized and the problem of overheating 5-6 cylinders is no more.

Disadvantages of the VQ35HR engine