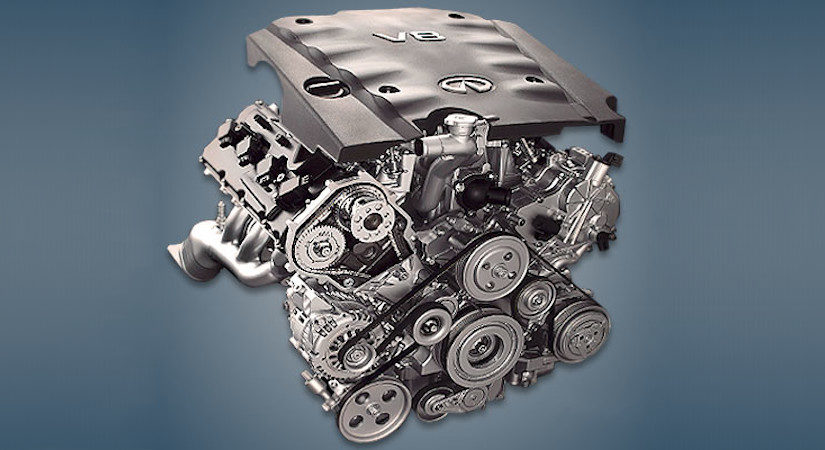 The 4.5-liter V8 Nissan VK45DE engine (or VK45 for short) was assembled at the Yokohama plant from 2001 to 2010 and installed on the most expensive and powerful models of the Japanese concern such as Fuga and President.

In 2001, the concern finally introduced a replacement for the 4.5-liter engine with the VH45DE index. This is a similar V8 with a 90° camber angle, an aluminum block with cast iron sleeves, two DOHC heads without hydraulic lifters, a CVTCS variable valve timing system on the intake shafts, a timing chain drive, multiport fuel injection, and a variable geometry intake manifold. .

The 4.5-liter V8 Nissan VK45DD engine was produced at the Yokohama plant from 2001 to 2003 and was installed only on the fourth generation Cima model and only before the first restyling.

Together with the 4.5-liter VK45DE engine with multiport fuel injection, a similar VK45DD unit equipped with the NEO DI direct injection system was introduced. In all other respects, this is exactly the same V8 with a 90 ° camber angle, an aluminum block with cast-iron liners, two DOHC heads without hydraulic lifters, CVTCS type phasers on the intake camshafts and a timing chain drive.

Disadvantages of the VK45DE engine

Disadvantages of the VK45DD engine