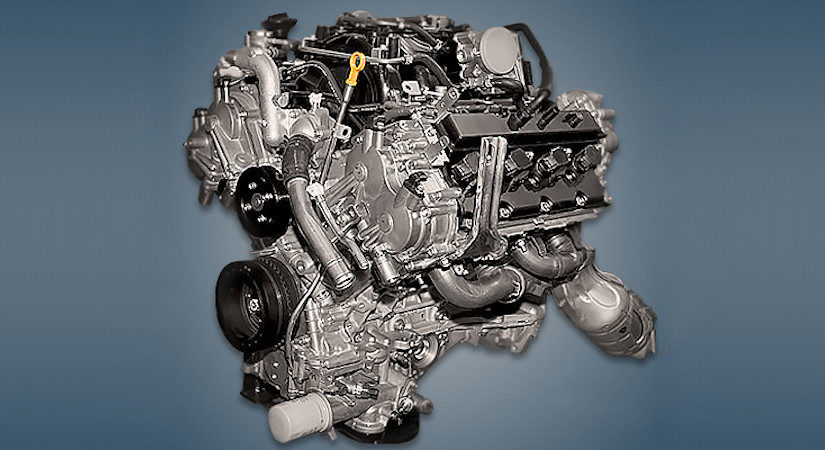 VK50VE was created specifically for the Infiniti FX50S crossover. This is a classic V8 engine with distributed injection, an aluminum cylinder block, a pair of DOHC block heads without hydraulic compensators, CVTCS phase shifters on all shafts, a timing chain drive and a proprietary VVEL valve lift system. Of the features here are a two-throttle intake, oil nozzles, a lightweight connecting rod and piston group and a crankshaft.

Disadvantages of the VK50VE engine