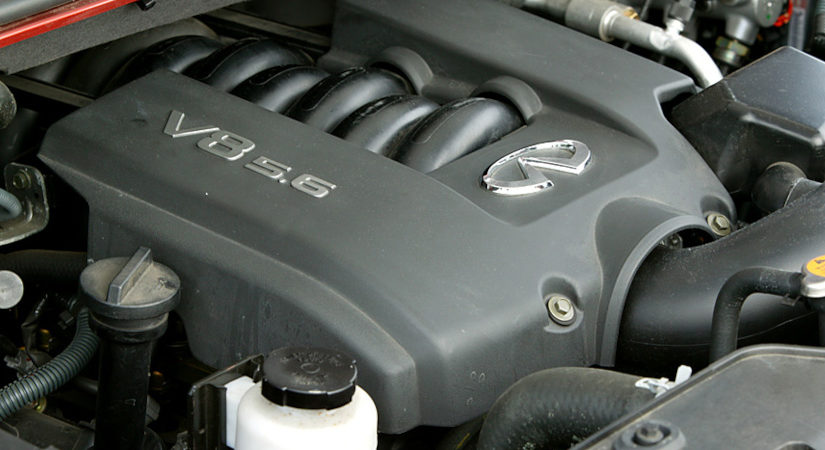 5.6-liter V8 Nissan VK56DE engine was produced in US factories from 2003 to 2015 and was installed in the largest and most powerful models, such as Armada, Titan, and Infiniti QX56. In 2007, this unit was seriously upgraded and therefore two generations of it are distinguished.

In 2003, the first version of the VK45DE debuted. By design, this is a V8 with a 90° camber angle, an aluminum block with cast iron liners, two DOHC heads without hydraulic lifters, a multiport fuel injection system, an electronic throttle and a timing chain drive. With the 2007 update, the unit received CVTCS phase shifters on the intake camshafts.

5.6-liter V8 Nissan VK56VD engine has been produced at the Yokohama plant since 2010 and is installed in the largest and most powerful models, such as Armada, Patrol and many Infiniti. There are two different modifications of such a unit: for SUVs and for sports sedans.

At the very end of 2009, the well-known VK56DE engine was replaced by a new power unit, which is distinguished by direct injection systems and variable valve lifts of the VVEL type. Otherwise, it is a similar V8 gasoline engine with an aluminum cylinder block and cast-iron liners, a pair of aluminum DOHC heads without hydraulic lifters, a timing chain and a proprietary CVTCS variable valve timing system, but only on the intake shafts.

Separately, it is worth talking about the version of this engine for the Infiniti M56 and Q70 sports sedans, which is distinguished by a different cylinder block, CVTCS phase shifters on all camshafts, an increased compression ratio from 10.8 to 11.5 and the presence of oil nozzles for cooling pistons.

Disadvantages of the VK56DE engine

Disadvantages of the VK56VD engine