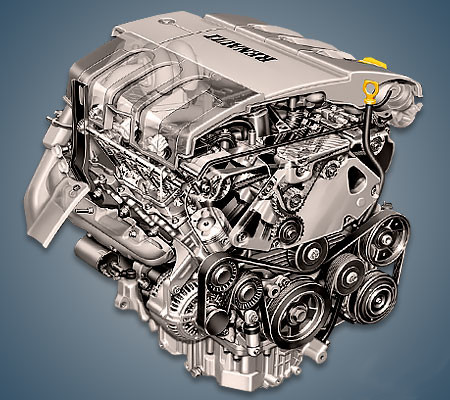 The 3.0-liter Renault P9X or 3.0 dci diesel engine was purchased from Isuzu from 2002 to 2010 and was installed on the largest concern models of its time, such as Espace and Vel Satis. This diesel is called Isuzu 6DE1 and is also known as Saab D308L, Opel Y30DT or Z30DT.

In the late 90s of the last century, the American concern General Motors ordered Isuzu to develop a powerful diesel engine for its prestigious European models Saab 9-5 and Opel Vectra. The new motor was introduced in 2001 and was soon put on Renault Espace and Vel Satis. This is an all-aluminum engine with a closed cooling jacket, cast-iron sleeves, a pair of DOHC cylinder heads, a Common Rail Denso fuel system, a variable geometry turbine and a combined timing drive: gears drive the pump and injection pump, and belt camshafts.

Almost immediately there were complaints about frequent overheating of the motor, up to cracking of the block. Official dealers recognized the problem and even changed damaged engines under warranty. In 2005, an updated version of this diesel engine appeared, which does not have such shortcomings.

Disadvantages of the Renault P9X engine