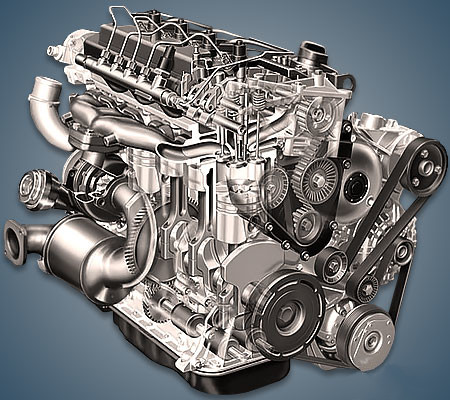 The company assembled the 2.2-liter Renault G9T or 2.2 DCI diesel engine from 1999 to 2008 and installed it on top versions of its models such as Laguna, Vel Satis and Espace minivans. There was a derated version of this diesel engine for the Master minibus and its clones.

In 1999, a 2.2-liter unit appeared on the Renault Master minibus of the second generation. It was one of the company’s first Common Rail diesels and it received a rather unusual timing: the crankshaft rotated the pump and injection pump using gears, one of which had a belt pulley that rotated the camshafts. The oil pump here was driven by a separate chain from the crankshaft. Also in the pallet of most modifications of this engine there was a block of balancer shafts.

Otherwise, it is a CR diesel with a Bosch CP1 or CP3 fuel system, depending on the version, a cast-iron block, a 16-valve head and a Garret GT1852V variable geometry turbine.

Disadvantages of the Renault G9T engine