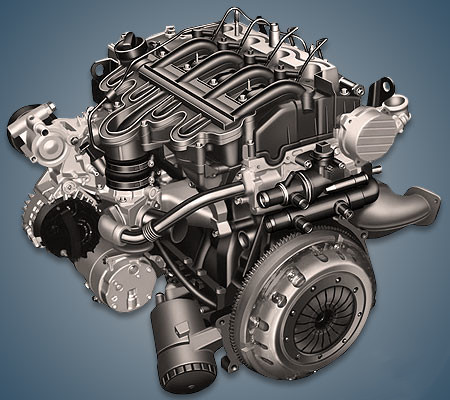 The 2.5-liter diesel engine Renault G9U or 2.5 DCI was produced by the concern from 1999 to 2014 and installed on the popular Master and Trafic minibuses in their second generation. This diesel engine was also installed on similar models such as Nissan Interstar, Opel Vivaro and Movano.

In 1999, two new diesel engines equipped with the Bosch Common Rail fuel system debuted on the second generation of the Renault Master minibus: the 2.2-liter G9T and the 2.5-liter G9U. These motors had a combined timing drive: the crankshaft rotated the pump and injection pump using gears, one of which had a belt pulley, which rotated a pair of camshafts in the cylinder head. And in the pan there was a block of balancer shafts and an oil pump with its own chain drive.

Otherwise, the design of these motors was quite ordinary: a 4-cylinder cast-iron block and an aluminum 16-valve head with hydraulic lifters, as well as a Garrett GT1752V turbine.

Disadvantages of the Renault G9U engine