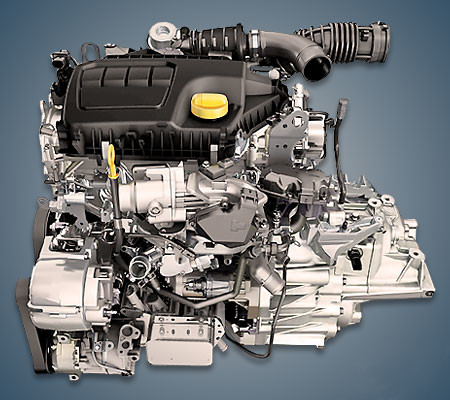 The 1.6-liter diesel engine Renault-Nissan R9M or 1.6 dCi has been produced since 2011 and is installed on models such as Megane, Scenic, Espace, Koleos, as well as Qashqai and X-trail. On Mercedes cars, this diesel engine is known under its own indices OM622 and OM626.

In 2011, another diesel jointly developed by Renault-Nissan engineers was introduced. This is a 1.6-liter unit with a cast-iron block, a 16-valve head with hydraulic lifters, a timing chain drive and a Bosch Common Rail fuel system with piezo injectors. Also, this engine received a Start-Stop system and a variable displacement oil pump. In addition to the version with a single turbine for 130 hp, a Twin-Turbo modification for 160 hp was offered.

In 2014, derated versions of this engine for commercial vehicles appeared: modifications with a single turbine for 95 – 115 hp and with a twin turbocharger for 125 – 145 hp. They are still installed on minibuses Renault Trafic, Nissan NV300, Mercedes Vito, in contrast to the diesel for civilian models, which has already given way to the new R9N engine.

Disadvantages of the Renault R9M engine