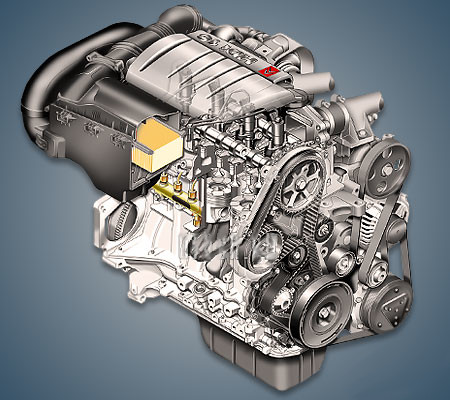 The 1.6-liter diesel engine Peugeot DV6TED4 or 1.6 HDi 109 was assembled from 2004 to 2011 and installed on almost all famous cars of the French concern. There were two versions of this engine: 9HY for Euro 3 and 9HZ for Euro 4 with a particulate filter.

In 2004, the first diesel from the large 1.6 HDi family debuted on the Peugeot 407 model. The design of this motor is typical: a 4-cylinder aluminum block with cast-iron sleeves, an aluminum head for 16 valves with hydraulic compensators and a combined timing drive: the crankshaft is connected to the exhaust camshaft by a belt, and the intake and exhaust shafts are already chain.

The injection here is carried out by the Bosch Common Rail system with electromagnetic injectors, and all modifications are equipped with supercharging in the form of a Garrett GT1544V turbine, as well as an intercooler. A number of versions have an Overboost mode, which briefly increases the motor torque by 20 Nm.

Disadvantages of the DV6TED4 engine