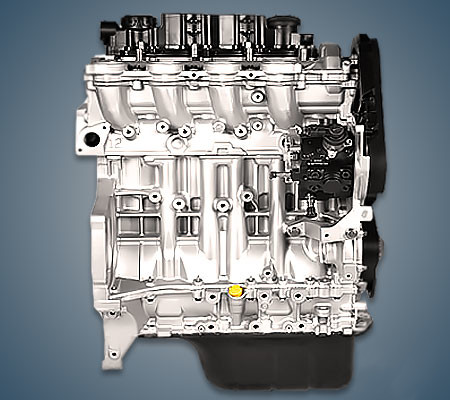 The 1.6-liter Peugeot DV6BTED4 or DV6B 1.6 HDi 75 engine was produced from 2005 to 2009 and was installed on the Partner and Berlingo until it gave way to the 8-valve DV6ETED engine. A version of the engine with a reinforced connecting rod and piston group and the DV6BUTED4 index was proposed.

In 2005, the 75 hp DV6B diesel debuted on the Peugeot Partner and Citroen Berlingo, which was essentially a derated version of the 90 hp DV6A power unit. Structurally, the motors are similar: an aluminum block for 4 cylinders with cast-iron liners, a 16-valve block head with hydraulic compensators and a combined timing belt and chain. The injection here was carried out by the Bosch Common Rail system with electromagnetic injectors, and all modifications were equipped with a Mitsubishi TD025 turbocharger without variable geometry.

In addition to the regular version of the engine with the 9HW index, there was an advanced 9HT modification, which was distinguished by a reinforced connecting rod and piston group with slightly thicker liners, camshafts with a different cam profile, and a more efficient oil pump. In a number of sources, such a diesel engine is known under its own name DV6BUTED4.

Disadvantages of the DV6BTED4 engine