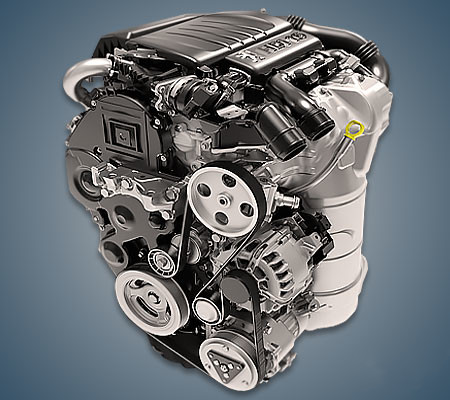 The 1.6-liter Peugeot DV6ATED4 or DV6A or 1.6 HDi 90 engine was assembled from 2004 to 2011 and installed on most of the most popular models of the French concern of its time. This power unit existed in two versions: 9HV with a particulate filter and 9HX without it.

In 2004, along with the 109 hp DV6 diesel engine, a simplified version of the DV6A with 90 hp appeared. The design of both engines is similar: an aluminum 4-cylinder block with cast-iron liners, an aluminum 16-valve cylinder head with hydraulic lifters, and a combined timing drive, where the crankshaft is connected to the exhaust camshaft by a belt, and the intake and exhaust shafts are connected by a chain.

The Bosch Common Rail system with electromagnetic injectors is responsible for fuel injection, and all modifications are equipped with a conventional Mitsubishi TD025 turbine without variable geometry. There are two versions of the engine: 9HV for Euro 4 with a particulate filter, 9HX for Euro 3 without it.

Disadvantages of the DV6ATED4 engine