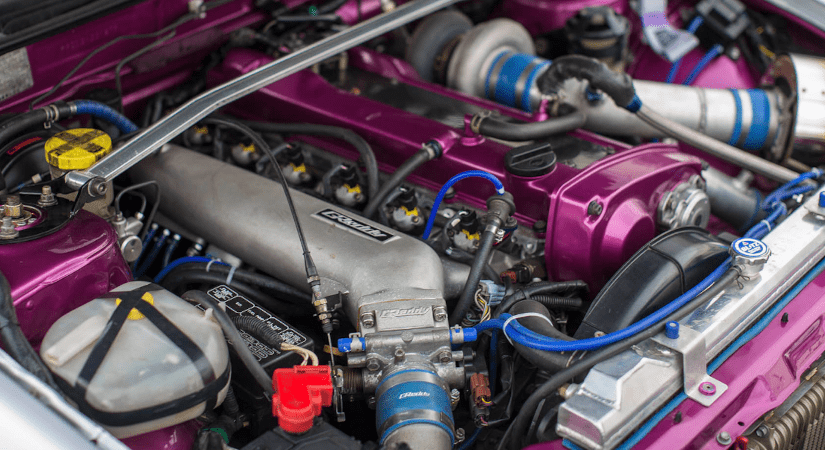 The 2.5-liter turbo engine Nissan RB25DET was produced from 1993 to 2004 and was put on models with a sporty character, such as Skyline, Gloria, Leopard and others. The first version (RB25DET S1) appeared in 1993, on a Nissan Skyline R33 car and differed from the usual RB25DE S1 in connecting rods, pistons for a compression ratio of 8.5, and the presence of a 45V1 turbocharger operating at a pressure of 0.5 bar. This version was equipped with a variable valve timing system on the NVCS intake camshaft, 370 cc / min injectors, and oil nozzles were installed in the cylinder block. Power 245-250 hp at 6400 rpm, torque 272 Nm at 4800 rpm. By analogy with the RB25DE, a restyling was carried out in 1995, during which the ignition system, maf, camshaft position sensor, and control unit were changed. The turbine was replaced by a 45V2, where a plastic impeller is used instead of a steel impeller. Such engines are called RB25DET S2.

Since about 1998, upgraded versions of these engines with the NEO prefix have been produced. Much has undergone modernization, in addition, such engines met increased environmental standards.

Specifications of the NEO modification

Disadvantages of the RB25 engine