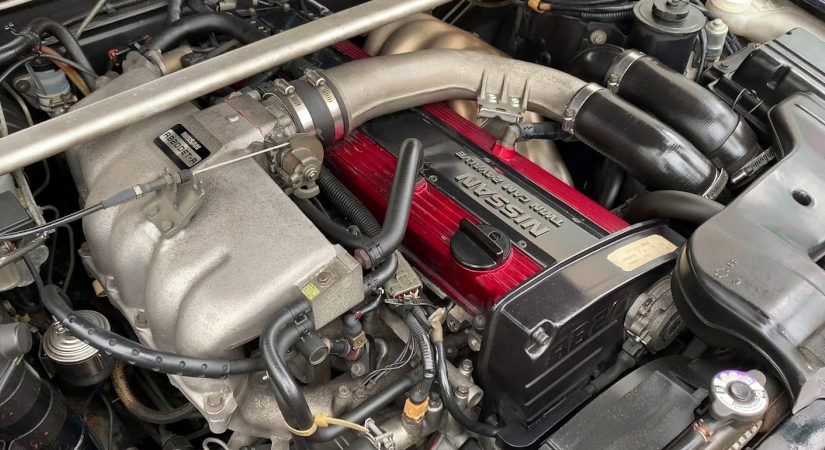 RB20E – the first version, in-line 6-cylinder, in a cast-iron cylinder block, with a short-stroke crankshaft. Covered with an aluminum single-shaft cylinder head with 2 valves per cylinder. Power from 115 to 130 hp, depending on the generation. In general, this version is not widely distributed and does not represent anything interesting, besides, it is very weak.

RB20DE appeared in the same 1985 and it is the most famous 2-liter RB. Its main difference from the RB20E is a two-shaft 24-valve cylinder head with individual ignition coils, as well as a new crankshaft, connecting rods, pistons, intake system, control unit. Camshafts 232/240, lift 7.3/7.8 mm. Such motors developed from 150 hp to 165 hp. The RB20DE engine bends the valve when the timing belt breaks.

RB20DE NEO is a modified RB20DE produced at the end of production since 2000. These motors are distinguished by improved environmental performance, as well as a crankshaft, an intake system, a modernized cylinder head without hydraulic lifters, and a control unit. The power of this engine is 155 hp.

RB20DET was released in the same 1985. This is a turbo version of the above motor. These power plants were equipped with a 16V turbocharger operating at a pressure of 0.5 bar. Under supercharging, the compression ratio was reduced to 8.5, pistons, connecting rods, crankshaft, cylinder head gasket, control unit were replaced, nozzles 270 cc / min were used. Early models (RB20DET Red top for Skyline R31) used NICS intake, 248/240 timing, 7.8/7.8mm lift. With them, the engine developed 180-190 hp, depending on the model. Later, from 1988, they began to use the ECCS system and 240/240 camshafts, 7.8/7.8 mm lift. This motor is commonly referred to as the RB20DET Silver top and has been boosted to 215 hp at 6400 rpm. The RB20DET engine was discontinued in 1993, because the naturally aspirated RB25DE appeared, with approximately the same power.

RB20DE/DET engines do not require valve adjustment, except for RB20DE NEO which are not equipped with hydraulic lifters. The timing drive on the RB20 is belt driven, the timing belt needs to be replaced every 80-100 thousand km.

Disadvantages of the RB20 engine