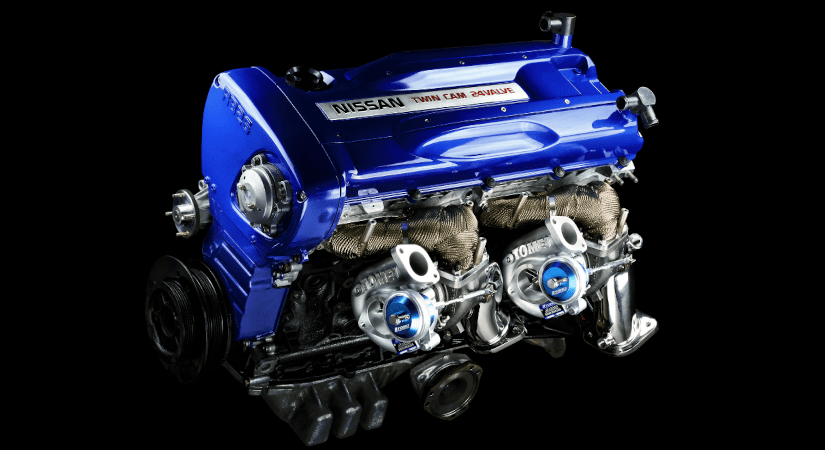 The RB26DETT engine (or RB26 for short) was installed mainly on the Nissan Skyline GT-R in the body of R32, R33 and R34, Nissan Stagea 260RS. This engine was developed in the Nismo division for the Skyline R32 GT-R car racing. The engine has a high potential to increase its power, thanks to which RB26DETT gained worldwide fame.

The timing mechanism is driven by a toothed belt. The RB26DETT intake system, unlike other RB series engines, has 6 throttle assemblies instead of one (one throttle valve for each cylinder). The engine is equipped with two turbochargers (T28 ceramic turbines). Such a system is called parallel turbocharging or Twin Turbo. 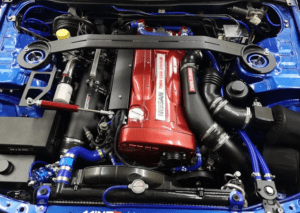 Nissan uses a consistent method of marking its engines and the RB26DETT engine is no exception. The first letters in the designation define the engine series. The numbers indicate the volume of the combustion chamber in deciliters. The following letters indicate the different types of functions.