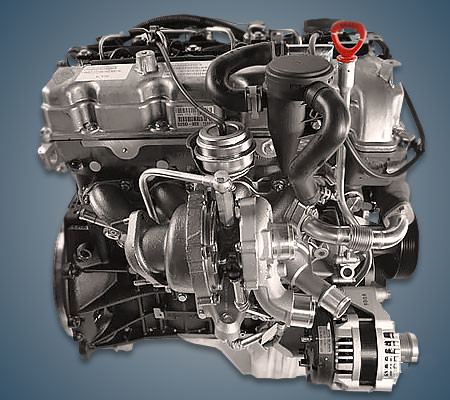 The 2.0-liter SsangYong D20DT diesel engine was produced in Korea from 2005 to 2012 and was installed on many of the concern’s popular SUVs, such as Kyron, Actyon and Actyon Sports. There are two different modifications of such a power unit: for Euro 3 and Euro 4 environmental standards.

At the end of 2005, a new 2.0-liter diesel engine debuted on the Kyron SUV. The design of this unit was quite classic: an in-line 4-cylinder cast-iron block, a Delphi Common Rail fuel system, a timing chain drive using a double-row chain, an aluminum 16-valve cylinder head with hydraulic lifters and a Garrett GTB1549V turbocharger.

In 2008, this diesel engine was upgraded to Euro 4 and received other injectors. You can distinguish the new engine by the aluminum EGR cooler instead of the old cast iron one.

Disadvantages of the SsangYong D20DT engine