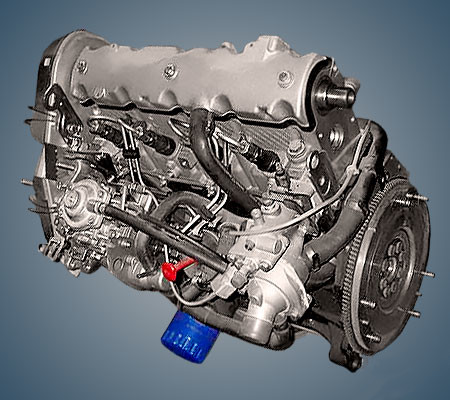 The 1.8-liter Peugeot XUD7TE or A8A diesel engine was produced from 1987 to 1995 and was installed both on a number of its own models and on cars from other manufacturers. Such an engine in the XUD7T version without an intercooler with 78 hp and 157 Nm was installed on the Peugeot 205 and 309.

Disadvantages of the XUD7TE engine