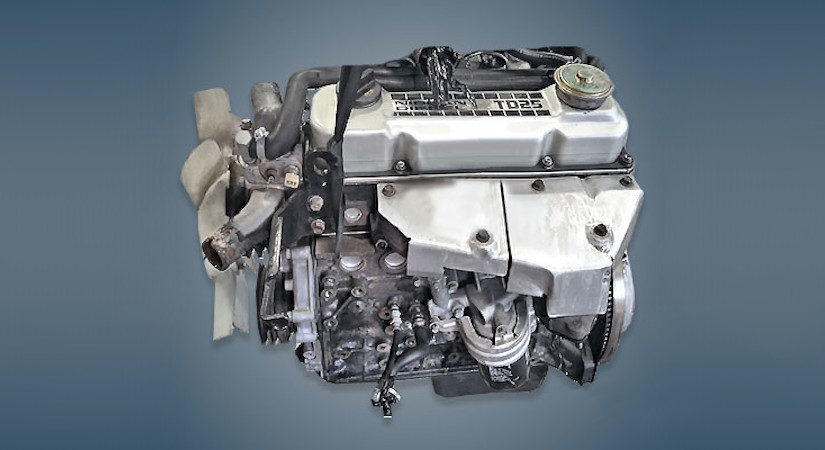 The 2.5-liter Nissan TD25 diesel engine was assembled from 1985 to 2015 and was primarily intended for taxi cars, but is found on Caravan minibuses and pickup trucks. This power unit is known for its high reliability and a really huge resource.

Disadvantages of the TD25 engine