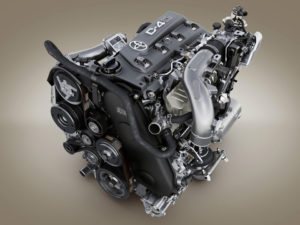 The Toyota 1KD engine, which replaced the 1KZ, uses Denso’s Common rail injection system. The engine is also equipped with a Toyota CT16V turbocharger with variable geometry and an intercooler. This turbine generates a 1.1 bar excess.

Maintenance of 1KD motors is no different from standard motors in this class. Engine maintenance is carried out at intervals of 15,000 km. The recommended service must be carried out every 10,000 km.