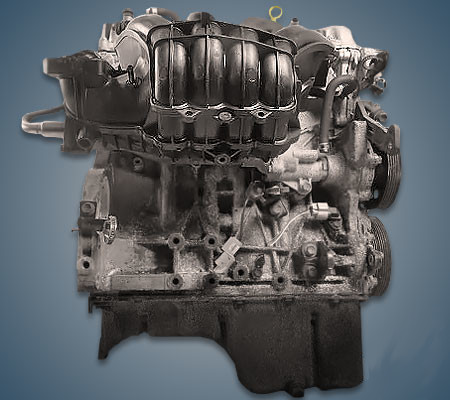 The 1.3-liter Suzuki M13A gasoline engine was produced by the company from 1999 to 2018 and was installed on many popular models of the Japanese concern, such as Ignis, Jimny and Swift. There were versions of this power unit both with and without a phase shifter at the intake.

In 1999, the first unit of the M family with a volume of 1.3 liters appeared on the Suzuki Wagon R Solio. The engine has distributed fuel injection, an aluminum cylinder block with cast-iron liners and an open cooling jacket, an aluminum 16-valve cylinder head without hydraulic lifters, a timing chain drive and a VVT variable valve timing system on the intake camshaft.

There were motor modifications that in the early years of production did not have a phase regulator, and when they received it, they were very often called M13AA to distinguish them from their predecessor.

Disadvantages of the Suzuki M13A engine