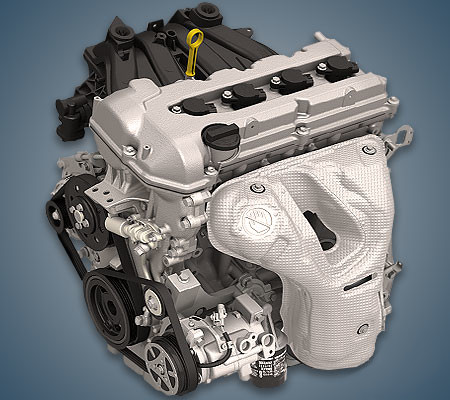 The company first introduced the Suzuki M16A 1.6-liter gasoline engine in 2001 and still put it on popular crossovers of the Japanese concern, such as the SX4 and Vitara. This motor existed in many modifications, including a sports one for the Swift Sport.

In 2001, a 1.6-liter engine appeared in the M-series gasoline engine family. It has an aluminum cylinder block with cast-iron liners and an open cooling jacket, a 16-valve cylinder head without hydraulic lifters, distributed fuel injection and a timing chain. The first version of the unit without a geometry change system was installed on Liana in two versions: one with a compression ratio of 9.7 and 102 hp, and the second with a compression ratio of 10.5, 106 hp and 144 Nm.

In 2005, the second generation of the engine with a phase shifter on the intake and a plastic intake manifold made its debut on the Grand Vitara. With a compression ratio of 11.1, he developed 107 hp and 145 Nm.

Since 2006, a version with a phase regulator has been installed on the SX4 crossover or a similar Fiat Sedici, and in 2009, a new modification appeared on the restyled SX4 with an intake manifold with an IMT geometry change system and individual coils, instead of a pair of twin ones. With a compression ratio of 11, this power unit developed from 112 to 120 hp and from 150 to 156 Nm.

In 2013, the current version of the motor appeared on the second generation SX4, and then on the Vitara 4. Under exactly the same plastic cover as its predecessor, a new engine with a lightweight piston was hidden, which, with a compression ratio of 11, developed from 117 to 120 hp and 156 Nm.

Separately, it is worth talking about the sports version of this unit, which was installed on the Swift Sport. Thanks to evil camshafts, thin piston rings and a different exhaust manifold, such an engine developed 125 hp and 148 Nm in the first generation, or 136 hp and 160 Nm in the second.

Disadvantages of the Suzuki M16A engine