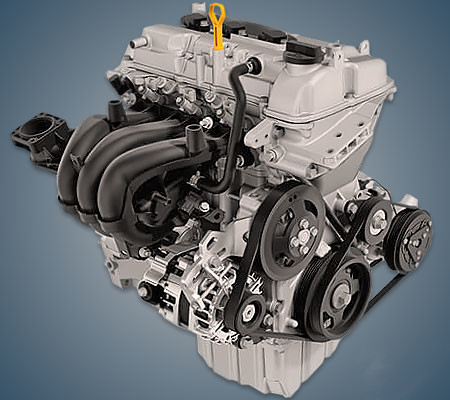 The 0.6-liter 3-cylinder Suzuki K6A engine was produced by the company from 1994 to 2018 and was installed on almost all compact models of the concern, such as Alto, Wagon R and Jimny. In addition to the atmospheric version of the unit, there was a very popular turbocharged version.

In 1994, one of the most popular engines for compact Suzuki models debuted. By design, it was progressive for its time: there is a distributed fuel injection, a 3-cylinder aluminum block with cast-iron liners, an open cooling jacket here, an aluminum 12-valve DOHC cylinder head not equipped with hydraulic compensators and a timing chain. The motor was repeatedly upgraded, for example, it was the first in the K-series to receive a phase regulator.

There are a huge number of modifications of this power unit: simple atmospheric, economical Lean Burn, hybrid, gas, as well as with an IHI or Hitachi turbine and an intercooler.

Disadvantages of the Suzuki K6A engine