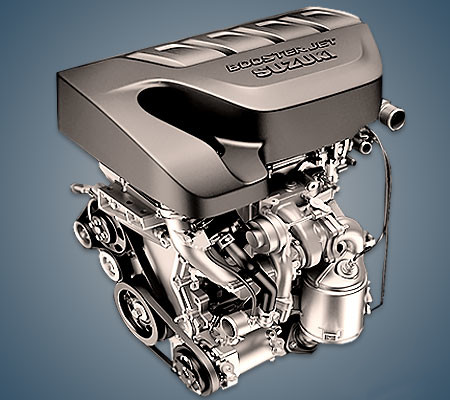 The 1.4-liter Suzuki K14C DITC or Boosterjet 1.4 turbo engine has been produced since 2015 and is installed on popular models of the Japanese company, such as the SX4, Vitara and Swift in the Sport version. Now this power unit is gradually being replaced by a hybrid modification under the symbol K14D.

Disadvantages of the Suzuki K14C engine