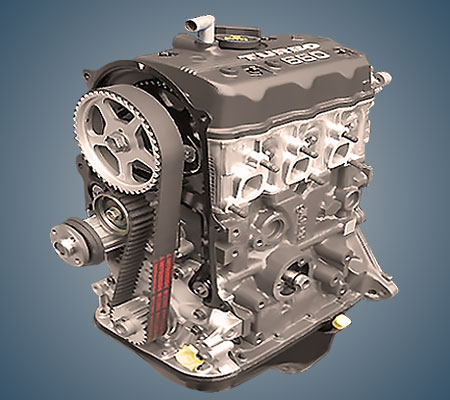 0.6-liter Suzuki F6A gasoline engine was produced in Japan from 1990 to 2000 and was installed on the company’s most compact models, such as the Alto, Carry and Jimny SUV. There are a large number of versions of this engine with a carburetor, injector, turbocharging.

Disadvantages of the Suzuki F6A engine